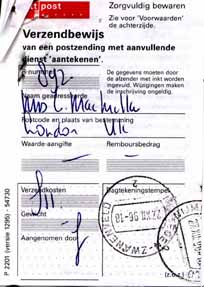 Instituto Cervantes Benelux & United Kingdom. De Wellenkamp 1530. NL 6545 NM NIJMEGEN The Netherlands. Lady D.F. Spencer. St. James's Palace. LONDON SW1A 1BS UNITED KINGDOM. Date: 27 December 1996. Concerns: RECOMMENDATION Reference: JH/DFS961227. Dear Diana, I'm writing to inform you about my experiences in Leeuwarden during Christmas. Having received personal Christmas greetings from the Spanish Prime Minister I arrived in The Stadhouderlijk Hof on Christmas Eve. I was very friendly received in the cradle of our Royal Family and stayed In the Willem Frederik suite, where I first watched the Christmas service in King's College on BBC. On Christmas Day I assisted the service in the mennonist church. There I met a lady wearing the emblem of the Order of the Garter. She recognized me at once. After the service I was kindly received by the minister and her council members. 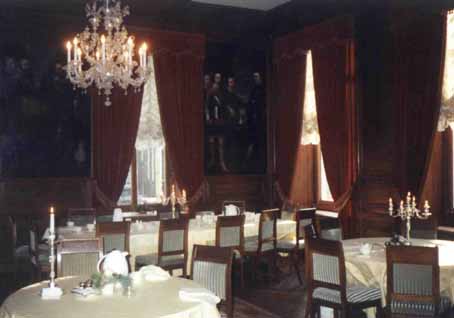 After having had high tea I saw the Christmas speech of Queen Elizabeth from Sandringham and in the evening I was invited to dinner and ball in the yellow room. The management had organized everything with greatest care and perfection. The atmosphere was excellent, just like The Old White Hart and the guests were nice and beautiful. I had a good place and an empty chair besides me. With some fantasy one can be lucky as well. The dinner courses were perfectly arranged. The dessert ended with a surprise: a chocolate with a golden ring.

After having eated it appeared to be a sort of horseshoe. So there must lay some luck in the future, about which I am convinced of course. Nevertheless I am worried about what is going on in Britain regarding the European Union. From the President of our employer's organization I received a card symbolizing a bridge and people shaking hands. The clouds have the form of the European countries. I hope Britain will not be a cloud to vanish in the haze and that Instituto Cervantes Limited United Kingdom and Instituto Cervantes Benelux can keep our countries together. The afternoon of Boxing Day I visited the Frisian Museum, standing eye-on-eye with the picture of Joost Hidde Halbertsma, a famous Frisian poet from 200 years ago. 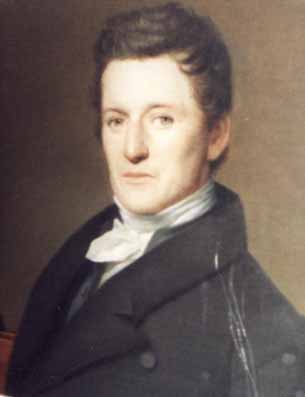 On 22 of April 1992 I received the following career advice from Elizabeth, a week before my departure to Spain: First have the product clear, choose your gouvernors afterwhile; Have the objectives clear of every visit; Design different scenarios, choose afterwards; If you choose for developing look for a financier, for example an organization with the same interest. Until now I financed everything myself in the Benelux and that is the reason that I sent the bill of my residence in Leeuwarden to St. James's Palace, completely against my principles to let a lady pay the bill. Unfortunately I had no other choice. During Christmas I had some wine of the Baron de Rothschild. On behalf of the development of Cervantes United Kingdom I think I need the financial support of the Rothschild organization and I hope you will be able to help me to obtain that support. Today I also read the Christmas speech of Queen Beatrix. The most important elements in this speech are Hope, Faith and Love. I promised Mr Van Dijk that next time I will come with you together and I hope to be able to give what you need. With feelings of great respect and gratitude. Yours, JOHN VAN DER HEYDEN. CC Mr. Douwe van Dijk, Stadhouderlijk Hof.