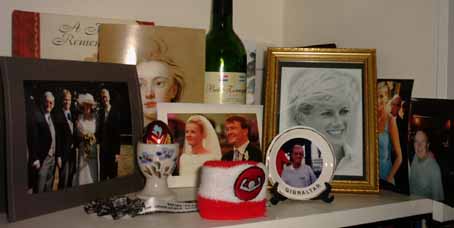 Henry II has been described as 'one of the most remarkable characters in English history'. He ruled an empire greater than that of any English king before him - England, Wales, Ireland, Normandy, Anjou, Brittany and Aquitaine. Far more significant than this, he overwhelmed his contemporaries with the sheer force and brilliance of his temperament and talents. He was a figure of European stature, comparable in prestige to the Emperor Frederick Barbarossa. His wife, Eleanor of Aquitaine, was one of the most powerful and dynamic women of all medieval Europe. Their children and grand-children became kings and queens of most countries between England and the Holy Land. Henry was a man of splendid physique, who was ceaselessly active and dazzlingly versatile. He loved war, hunting, law, letters, art and architecture. His rages terrified people, his impetuosity exasperated them. The explosive force of his will both awed his subjects and compelled them to follow him. The most significant and lasting of Henry's works was his reconstruction of the English legal system. Laws and lawcourts, policing and legal procedures, all took strides forward under his fierce urging, and government became concerned, far more than ever before, with maintaining good order throughout the realm. It was Henry's quarrels which impressed contemporaries more than his keeping of the peace. The most famous quarrel of all was that with his Chancellor, Thomas Becket. At it's simplest it was a clash of two indomitable wills, who were too close to each other to live comfortably together. But there were also great issues of principle at stake in the conflict between the rights of the Church and the powers of the State. Henry had Becket murdered in his own cathedral in 1170. Later came quarrels with Queen Eleanor, and with his own sons, so that Henry's last days were spent in vivious civil war which threatened to bring the whole of his vast empire down in ruins. Only his own death frustrated the collapse.

It fell to Richard's only surviving brother, John, to meet the series of internal upheavals and external assaults which, almost inevitably, assailed the unmanageably vast empire of Henry II. He faced these challenges with indomitable vigour and much ability, but fought a losing battle and died in the shadow of failure. In John's attempt to maintain his position, he rode roughshod over the Church and many of the nobility. His clash with the clergy caused England to be placed under Papal interdict between 1208 and 1214, and involved John in excommunication from 1209 to 1213. Subsequentely, however, the Pope became John's closest ally. A rebellious faction of the nobility forced John in 1215 to concede at Runnymede, near Windsor, a list of privileges which has achieved almost legendary status as Magna Carta. 'The cornerstone of English liberties' was how subsequent generations came to see it, though the fact of the King's being forced to make concessions was more important than the concessions themselves.

Crowned Westminster. 'Few English kings', writes Christopher Brooke, 'have played so small a part in the affairs of England and so large a part in the affairs of Europe as Richard I. 'Richard was the complete cosmopolitan military adventurer - tough, glamorous, a brilliant general and a restless wanderer. As a king of England he was a disaster. He spent only two short spells in the country, one of three months and one of two; otherwise, he was campaigning in France, Sicily and Palestine, where in 1191 he fought his way to within twelve miles of Jerusalem. England paid for his exploits and paid again in 1192, when he was captured at Vienna on his way back from the Crusade. He died of a wound, sustained largely through carelessness, in 1199. He was a homosexual and left no son.