Sunday, 9-02-1997
I noticed that Mr. Leo van Velzen is visiting Great Britain and that I have to look left. So I called Linguarama Netherlands in the Hague for information. The head office is situated on the left of the Royal Palace Noordeinde. It reminded me of the former managing director of that company and old collegue. During my directorship of the French Spanish Institute he was the director of the Institute of English Studies and my tutor. The Institute of English Studies had green as house colour. It makes me think of The Apple in New York and Big Apple of Evita. He led the Linguarama Institute in the Hague and Amsterdam from 1982 till April 1993. He withdraw from that organization on occasion of the opening of Linguarama Hoofddorp that I assisted at that time. I might take him into consideration to start up the business here. Letter to my friend concerning the visit of Peter the Great to the Loo in 1697 and my decision to establish in Stratford-upon-Avon as the consequence of my appointment. A yellow car had been parked already near the pillar box. 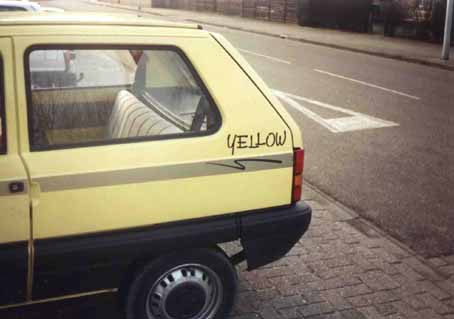 I requested all the authorities to transmit the amount Now. Fiesta at the ecuestrial centre St. Frans. First they sang 'It's a long way to Tipperary' and 'Pick up your troubles'. Then the crowd started to sing the Triumph March from Aida. Esta noche tengo fiesta en mi casa. Solo. Once I told myself 'I want to Di for you Di'. But now I want to live. Love. Read the article 'Albion knows no democracy' and the lack of a written constitution in Britain. Power is centralized. In my new position power will remain centralized for some time with the objective to work towards a written European Constitution. The development towards the writing of a British constitution for the new milennium can go hand in hand with the above mentionned perspective. That will be a main issue in the total Cervantes Plan. The realization of the Constitutional European Empire in the year 2000 is inevitable on historical grounds.