Sunday, 24-08-1997
I am writing in the Church of the Holy Land Foundation. Although I consider myself a member of the Church of England I like to come back here sometimes. Also because of my interest in oecumenical movements. The priest was in green today. On the green behind the church I had a short conversation with Mr Dries van Agt, one of the former Prime Ministers of our country. I showed him my green pen from KENSINGTON PALACE and told him about my intentions. Starting with the temping agency. However, now that Iberia and British Airways have decided to join their forces I think it will be wise to start at Heathrow Airport with the same activity. Then I made a walk and passed by the Africa Museum where a Summer Festival had been held from 20 July till 17 August. One of the activities was an Angolan minefield, an "attraction" to evoke consciousness of the terrible situation in Angola. Enclosed you find the brochure. The minefield has got a lot of attention. Thanks to You My Dear Royal Highness. Now am I ready to appear on page number one of The Mirror and taking the lead. 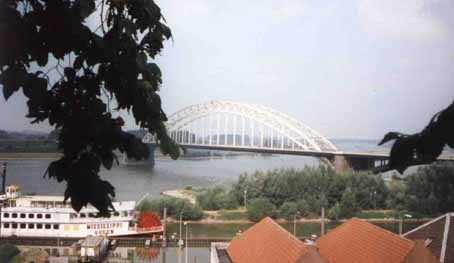 I visited the St. Nicholas Chapel of the New Valkhof Castle. The president was not in, but I was informed by one of his colleagues. Next month the architect will be appointed and We expect The Castle to be ready in 2000. I look at the bridge and the river Waal now and see BIEN I LOVE YOU, with a green heart. Do you remember?

How to build the bridge
And to become the partner

When I receive the invitation to come to KENSINGTON PALACE and I will hear the question "I may presume why You are invited here", my answer will be

I hope to receive your invitation in due course. Fax message to de Baak: 'Dear Colleagues, I hope that you have received my card from KENSINGTON PALACE in good order. I have the Honour to inform you as first of the following limmerick:

Fax message to Maxwell-Heppell in Warwick: My aimed future partner.

25 AUGUST 1997 FROM THE KINGDOM OF THE NETHERLANDS WITH LOVE