Friday 24-01-97
Change of my career path depends on the financial proposal I will get. I sent a reminder to the President of the Court of Justice of Amsterdam. When I go deep into my heart I must confess that my deepest wish is to be a loving husband and a loving father. I told this a few moments ago to a former colleague Senior Consultant of KPMG and I invited her because I know that Sir Michael Peat of KPMG lives or lived at KENSINGTON PALACE and joined the royal household in 1990. So I chose for KPMG instead of Coopers & Lybrand. I also decided to attend the seminar 'Web-enabled (commercial) business' on de Baak on January 28. Wednesday. I received the confirmation that the trade mark Instituto Cervantes on behalf of Instituto Cervantes Limited has been submitted on 31 December 1996 under number 2119738. I see that my plans are working. There is continuous helicopter survey around my house. 'NRC Handelsblad' shows an article with the title 'Britten minder star dan Van Mierlo dacht' in which Mr. Rifkind promised our Foreign Minister to concede him 'more space' for negotiations about reforms of the European Union than Mr. Van Mierlo had expected. Princess Juliana bought the former estate of Princess Christina. I already made a bid for that estate for the benefit of Prince Johan Friso in order to provide Him a residence as the First President of the European Cervantes Foundation. A function that I have offered Him. I am happy that our former queen has solved the problem that the estate would have gone out of the Family of Orange. Conversation with my youngest sister. She is a teacher in French. I showed the mother of a former pupil my Henley shirt and told her who is my Number One. After dinner bought ticket and train ticket for my journey of tomorrow to Utrecht. Security officers on their positions. Was overtaken by a green Jaguar number PR-46-GG. Ordered a traintaxi for tomorrow 9.15 asking for the mother of another former pupil of the same school where I have been a teacher. She is on a six weeks holidays however. Received the Strategical Perspective 2000 Programme by fax. 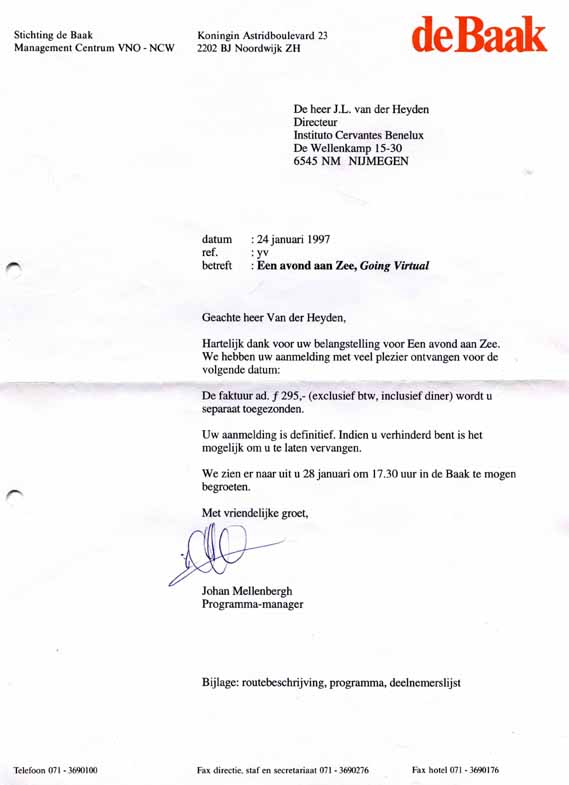 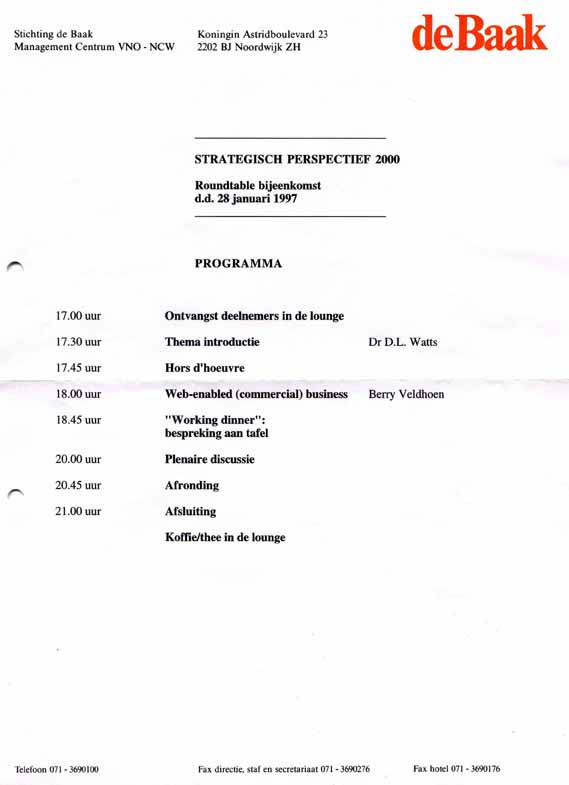 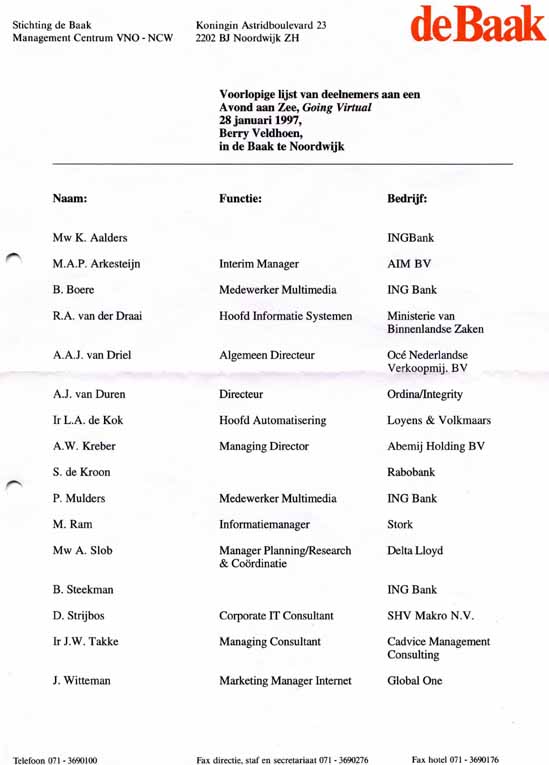 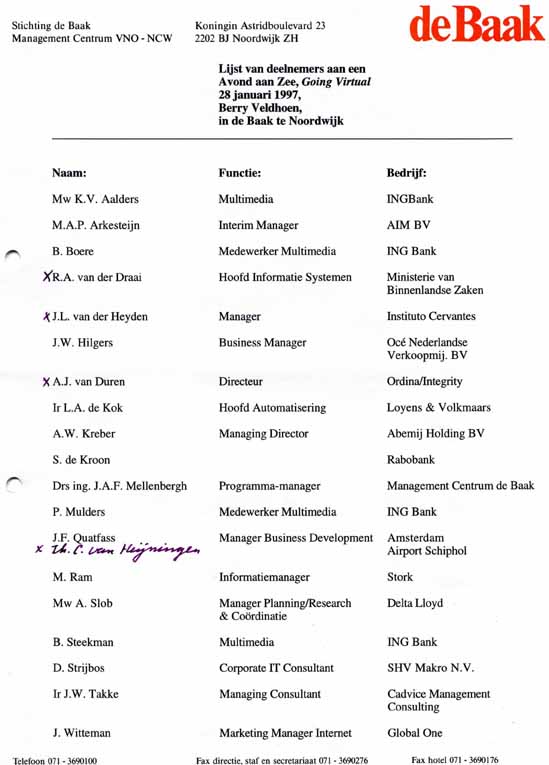 The Daily Mirror says: 'On a general level you must be careful indeed of anything electrical. Make sure you employ the experts to sort out any short fuses or wirring, don't tackle it yourself. More profoundly a major domestic happening is about to leave you thunderstruck; don't be rigid'. The experts will be the management consultants of KPMG, all official security officers and participants of Going Virtual . Mr Major will arrange relational matters with Mr Kok.