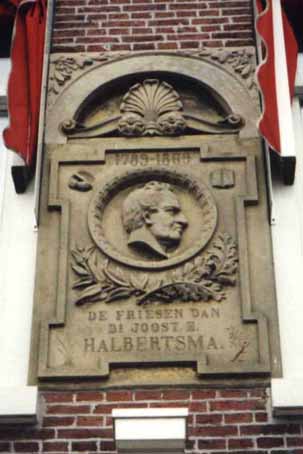 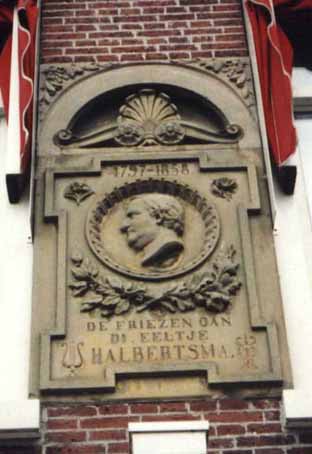 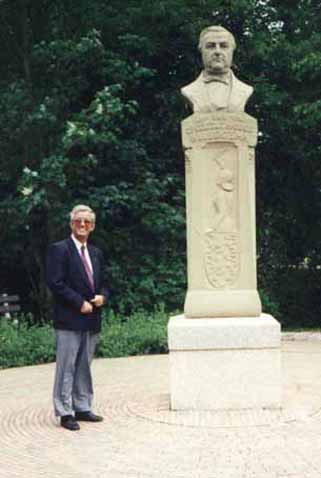 Halbe(r)tsma, a Dutch Mennonite family, formerly living in the province of Friesland, now spread throughout the Netherlands. From the side of the mother this family became Mennonite. Dr. Scipio Halbetsma, a lawyer at the Court of Friesland, in 1669 maried Catharina Rinia Stinstra (Mennonite) of Dokkum (daughter of Joost Rinia and Antje Hendricksz Stinstra). Their son Hidde Halbetsma (1685-1762) was a silversmith and a member of the congregation of Gorredijk (q.v.). Their son Joost (1732-88), b. at Gorredijk moved to Grouw (q.v.), where this family resided for many generations and where are still found the Halbertsma woodworking factories. Joost's son was Hidde (1756-1809), a merchant and officer of a volunteer corps. This Hidde was the father of Pastor Joost Halbertsma (q.v. 1789-1869). Like him his brothers Tjalling (1792-1852), a merchant, and Eeltje (1797-1877), a physician, both living at Grouw, were active in promoting the Frisian language and culture. Their popular literary work in the Frisian language was compiled in the collection of Rimen en Teltsjes, of which a fifth edition appeared at Leeuwarden in 1918.
These Halbertsma brothers have a large progeny, many of whom served in several Mennonite congregations as deacons. Lieuwe E. Halbertsma (b. 1824 at Grouw, d. Lippspringe, Germany 1854), a son of Tjalling, went into the ministry after having been trained at the Amsterdam Mennonite Seminary. He served the congregations of Ternaard 1850 and Emden, East Friesland 1850-54.